Forth Rail Bridge and why welfare was introduced A few people have asked about the photo of the Forth Rail Bridge in my banner and its relevance to health and safety. The item in focus, in front of the bridge is the memorial to those who were known to have died during the construction of the rail bridge.

At the peak of work about 4,600 men were employed on the construction. It was long said that 57 died during the building of the bridge, although recent research by local historians indicated 73 would be a more accurate figure. The number of injuries is unknown, although one logbook of accidents and sickness had 26,000 entries, and hundreds of workers were said to have been left crippled by serious accidents. Of the 73 recorded deaths, 38 were as a result of falling, 9 of being crushed, 9 drowned, 8 struck by a falling object, 3 died in a fire in a bothy, 1 of caisson disease, and the cause of five deaths is unknown.

Efforts were made to look after the welfare of the men. The Sick and Accident Club was founded in 1883, and membership was compulsory for all contractors' employees. It would provide medical treatment to men and sometimes their families and pay them if they were unable to work. The club also paid for funerals within certain limits, and would provide grants to the widows of men killed or the wives of those permanently disabled.

Safety boats saved eight men from drowning. Boots and waterproofs were supplied to men working on the foundations, with thick woollen jackets, overalls and waterproof shoes given to those in superstructure work. Shelters and heated dining rooms were provided on-site and both workers and employers contributed to a sickness and accident fund. Wages on the project were also above average for all classes of worker.

During the seven years of construction, work was carried out from almost 100 feet below the surface of the water to over 300 feet above the surface. The first three years were spent building the granite piers on which the bridge was to be supported. This was done by sinking caissons – great wrought iron cylinders – to the seabed and pumping them out so that men could work on the floor of the Forth, creating foundations and building up the piers. This was dangerous and unpleasant work and, in two of the caissons the depth was such that water had to be kept out by filling the working chamber at the bottom with compressed air, the men going through air locks to get to their work.

Work on the superstructure got under way in 1886 and the growing structure became a site of wonder as it grew out from the piers, growing first upwards as the towers were completed, and then outwards as the cantilevers stretched out to meet one another, seemingly defying gravity as they did so. 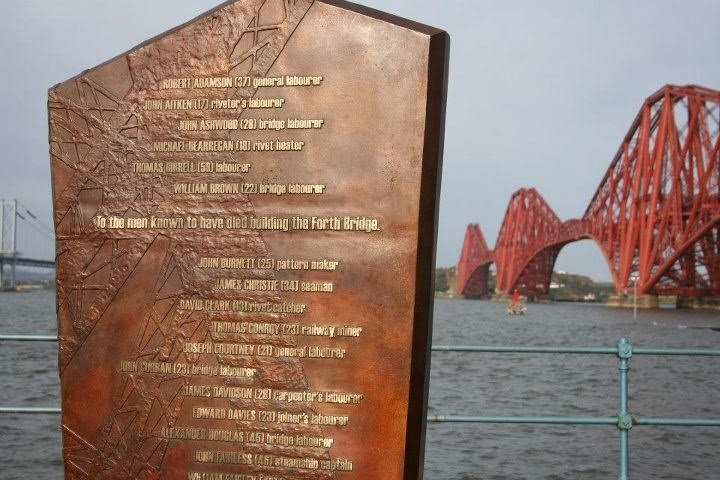 The bridge was completed in December 1889 and the following month it underwent load testing. Two trains, each comprising three locomotives and 50 wagons loaded with coal (weighing in at a total of 1,880 tons for the two – twice the design load of the bridge) were driven slowly out onto the bridge, stopping frequently for measurements to be taken. In February the first complete crossing of the bridge took place, with a train carrying the chairmen of the various railway companies involved. On March 4, 1890, the Forth railway bridge – known ever as simply The Forth Bridge – was officially opened by the Prince of Wales, later King Edward VII.

Forth Rail Bridge and why welfare was introduced forth bridge welfare forth bridge construction
Carbon Management - Our wee bit we can do at home
Home Health and Safety – Common Harmful Products
How to avoid the lockdown blues!